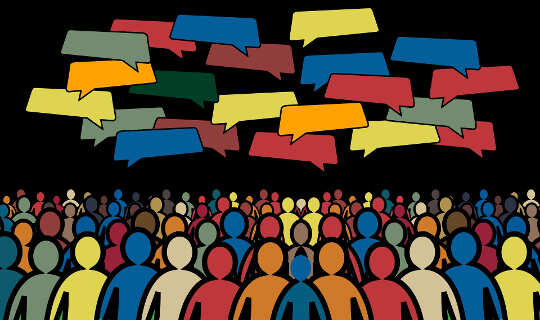 My thing in life has been teaching people inner power and personal freedom. Many times, people get overwhelmed by their lives and obsessed with their immediate circumstances, to the point that they lose sight of the overall energy shifts happening all around them.

The Nature of Power

To understand the unfolding destiny of the world, the first thing to look at is the nature of power. Power can be divided into two main categories: inner power and external power. Inner power includes personal fortitude, strength of character, discipline, psychological integration, and a spiritual serenity.

External power, which is mainly the power of the ego, describes most of the power in the world. It includes financial clout, both corporate and private; military strength; and political power and influence.

Power allows you to harbor the illusion that you are more important than others. From this elevated position, you are safer; you control your destiny more effectively. To the ego, securing a position above others is a valuable prize; it allows the ego to believe that it is immune from human destiny, which is to die. If the ego garners enough power, it may rise above death and become immortal.

Have you ever asked yourself the question, "Why are our governments so obsessed with controlling every minute aspect of people's lives?" The answer is, in part, that it makes them more godlike and as a result more secure.

Any time you use power to infringe upon others -- such as when you coerce people (using fear or the threat of retribution) into any agreement or contract to which they would not normally be a party -- you infringe upon your spiritual integrity as much as theirs. That's why our ego-oriented governments are ideologically distant from the spiritually-oriented people.

The planetary group soul knows that its heart and spirit are embodied in the mass of humanity. If it wants to grow spiritually, it has to liberate itself from the dominance of its ego.

The freeing of the planetary group soul from under the hierarchy's thumb is still only a thought-form in the collective dreamtime of humankind. But because it is there, a distance has developed between the people and the system. Millions of people are disenchanted. That is why, over the years to come, you will witness the planetary group soul breaking free, in heart and spirit, from its ego.

The consciousness movement has brought millions in touch with their inner selves. It is in this way that the group soul of our people will eventually have a voice. On the surface it seems there is no way to break the power of the megapolitical monopolies or the control of money and information that governments and the status quo enjoy. But all extremes of power expressed through ego eventually destroy themselves.

Those who imprison, consume, and ravish humankind eventually perish. This is why none of the great empires exist today. The ego, which travels away from God, eventually suffocates due to lack of energy. That's also why the world is in turmoil; you are watching the ego devour itself -- not a pretty sight, but very interesting.

Spiritual Evolution and the Politics of Power and Money

You are obliged to live and express your humanity and your spiritual self within the context of the power structure into which you are born. To develop fully as a human being, you have to have freedom of movement and enough money to purchase the experiences of life; otherwise you'll miss the ride. Money controls mobility, personal expression, and creativity. It acts as the brake for some, and the accelerator for others, to the evolution of our mass spiritual dream.

As people grow and become more courageous, they will pull away from the government nipple that controls them. They will heed the spirit calling from within themselves. The planetary group soul is not yet sophisticated enough to toss out the idea of government, but in the end we will come to that.

Although the common people exert very little external power, their inner power has grown silently and rapidly. Our leaders, focusing almost exclusively on external power, are being left behind on an inner level by the advance of spirituality in the nation. Once the gap grows big enough, the government's hold over the people will snap.

The Power of Spirit and Spiritual Connection

You are an eternal spirit; you were free before you got here and will be free once you leave. As you turn within, developing silence and serenity, you'll feel the spirit and see the dream. You won't seek external power, for you will have a real immortality that is birthed by controlling your ego through discipline. You will reconnect to your spirit. Teach that to others, and soon the idea will reach critical mass -- then it will be "over, Rover," for the system as we know it today.

All the major political and spiritual developments in the next twenty years will stem from the tussle between the world ego and humanity's group soul. In the first volume of my book Whispering Winds of Change, I address many of the overall issues that will dominate the battle of consciousness between ego and spirit on a personal, national, and international level. Hopefully I can offer you some ideas that will help you enjoy the process.

Each conscious person can help the process enormously. Let us set aside our differences, and come instead from the spiritual connection offered by the idea of the planetary group soul. Give it voice. Stand fearlessly and call out to others, saying, "I, too, have seen the dream. I, too, speak from the authority of that vision, and I say, "Sir, Madam, blessing and peace. We want our people back -- every man, woman, and child. We want them and we want them now!"

Whispering Winds of Change: Perceptions of a New World
by Stuart Wilde.

In this text, Stuart Wilde challenges the reader to stand outside the usual paradigms of consciousness as fringe dwellers, and as outsiders, and asks us to observe the dying throes of what he calls the world ego - the embodiment of the manipulative and dominate force of the status quo.

Stuart shows that through quieting the ego and creating a rotation out of the three-dimensional world of external reality to the fourth dimension of the inner being, we can offer serenity and healing to ourselves and the rest of the world.